The Emmaus High School Theater Department will present Noises Off, a comedy by Michael Frayn, November 4, 5 and 6 at 7:00 PM in the EHS auditorium. Ticket prices are $12 for adults and $10 for students and senior citizens.

Act One of this farce takes place during a technical rehearsal the night before the first performance of a play called "Nothing On". The cast members are hopelessly unprepared. Baffled by entrances and exits, missed cues, missed lines, and bothersome props, including multiple plates of sardines, they drive their director into a seething rage several times during the rehearsal.

Act Two shows a Wednesday matinée performance one month later. In this act, the play is seen from backstage, providing a view that emphasizes the deteriorating relationships between the cast. Romantic rivalries, lovers' tiffs and personal quarrels lead to offstage shenanigans, onstage bedlam and the occasional attack with a fire axe.

In Act Three, we see a performance near the end of the show's run. Relationships between the cast have soured considerably, the set is breaking down and props are winding up in the wrong hands, on the floor, and in the way. The actors remain determined at all costs to cover up the mounting chaos, but it is not long before the plot has to be abandoned entirely and the more coherent characters are obliged to take a lead in improvising towards some sort of end.

Come out to support the Arts at EHS and enjoy an evening of comedy!

Please consider making a charitable donation to help the EHS Theater Department offset the impact of COVID-19 on our program. Your donation will allow us to continue providing quality theater opportunities for our students. If you are willing to donate, Please select "donation" and enter the amount you wish to donate. Thank you for your generosity!


The taking of photos and/or video during the performance is prohibited. 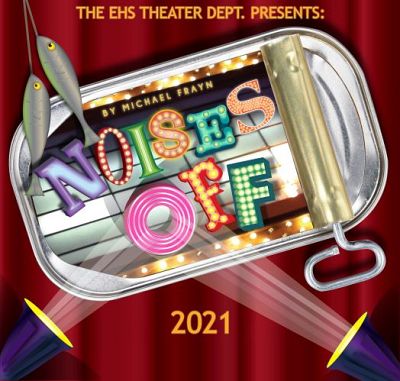