The Laramie Project, a compelling and deeply moving theatrical experience, will be staged by Hilliard Arts Council at the Hilliard Civic and Cultural Arts Center in Hilliard Ohio. Tickets are $20/adult, $15/senior(60+), and $10/students (middle school thru college age) and will be performed on the following dates and times:

In October 1998, Matthew Shepard,  a 21 year old university student was kidnapped, beaten and left to die, tied to a fence in the middle of the prairie outside Laramie, Wyoming.  He died several days later in an area hospital.  He was the victim of this assault because he was gay.  This horrible tragedy was the impetus for Moises Kaufman and the Tectonic Theatre Project to create The Laramie Project, a play created based on over 200 interviews with the people of Laramie.

The play has been seen by an estimated 10 million people on stages in at least 20 countries and 13 languages and has contributed significantly towards a more tolerant society over the last 20 years, inspiring the Matthew Shepard and James Byrd Jr. Hate Crimes Prevention Act and  even influencing the 2015 Supreme Court case that  struck down all state bans on same-sex marriage.

Audience members must show a COVID vaccination record or a negative COViD test result (less than 72 hours old) to enter the venue and are required to wear a mask at all times while in the facility. 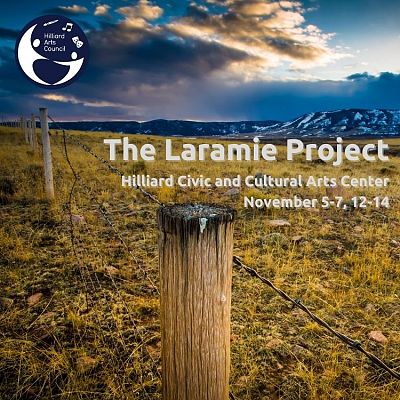