Over the River and Through the Woods-Cloverleaf Fall Play

The Cloverleaf HS Drama Department is happy to announce our 2019 Fall Play, Over the River and Through the Woods, directed by Mr. John Carmigiano and Ms. Victoria Krus.  We invite you to attend the show on November 6-10, 2019 on the Cloverleaf Elementary School stage.   The show is a very down-to-earth, adult look at the relationship between a young man and his grandparents.  It has lots of laughs and lots of dramatic moments.  According to DPS, "Nick is a single, Italian-American guy from New Jersey.  His parents retired and moved to Florida.  That doesn't mean his family isn't still in Jersey.  In fact, he sees both sets of grandparents every Sunday for dinner.  This is routine until he has to tell them that he's been offered his dream job.  The job he's been waiting for, Marketing Executive, would take him away from his beloved, but annoying, grandparents."  The cast and crew have been working hard to prepare for the production.
Please note, on November 5, 2019 , there is a full dress rehearsal; free admission to senior citizens.

THANK YOU FOR SUPPORTING THE PERFORMING ARTS AT CLOVERLEAF!  You may purchase adult or student tickets. 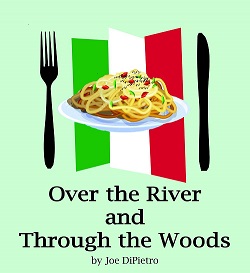